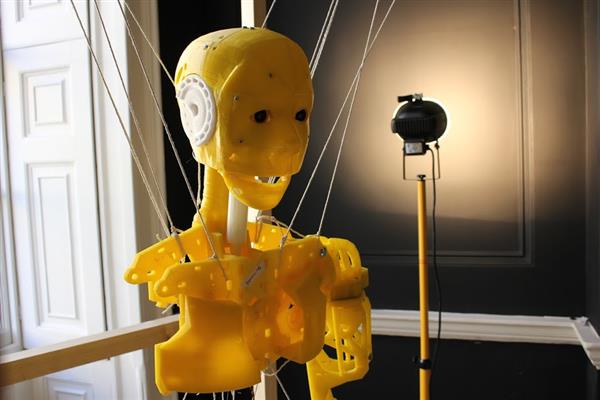 Of all of the possible uses for additive manufacturing, it’s the applications that involve making life better for those in need or those with a physical or mental disability (including our four-legged friends!) that stand out the most as the best possible use of the technology.

Whether 3D printing is being used to create a low-cost, fully-customized prosthetic device for a young superhero fan, to aid in the production of a fully open source eye tracking device for wheelchairs, or simply being used to create a replica of a physical ailment for medical professionals to better understand a patient, it’s clear just how much of an impact 3d printing can have for the greater good of the human condition.

While 3D printing alone has provided multiple solutions for a variety of problems, more recently we’ve been seeing how the addition of robotics has helped make these low-cost and customizable solutions even more beneficial.  Among others is the open source InMoove Robots for Good project.

For those that saw the 2009 feature film Avatar, this concept might sound familiar; a user can ‘plug’ into another body and be able to experience sights and sounds virtually without physically being in that space.  While in the movie this concept was used to inhabit the bodies of fantasy creatures, the concept has been applied to the robots to allow children who are unable to experience these real-life experiences in-person do so virtually using Oculus Rift headsets.

To help rapidly move the open source project along, Wevolver, an online platform that’s aimed at connecting design engineers with active projects, has just opened up a public workshop in Somerset House in London to help manufacture the robots.  Additionally, the platform has teamed up with the London Zoo and Great Ormond Street Hospital to help young patients at the hospital be able to experience the local zoo through the eyes and ears of an InMoov robot.

“Our goal is to inspire makers all over the world to start building their own ‘InMoov Robots for Good’ community and make these 3D-printed robots that make a difference in an individual’s life,” said Richard Hulskes, one of the co-founders of Wevolver.

At Somerset House, Hulskes and the rest of the Wevolver team have set up six Ultimaker 3D printers to help fabricate the robots.  For the rest of June through mid-July, Wevolver is currently looking for London-based designers, engineers, programmers and Makers to help in assembling and programming the robots.

The unique project even caught the interest of RedHat, the organisation behind Linux, who will be producing a documentary about the project to help spread the word.

While not everybody who might want to contribute is realistically able to head over to Somerset House in London to help with the project, those interested should head over to Wevolver to find out more and stay updated on the project.